I have witnessed some serious downward spirals in interpersonal communication on social networks and it's quite disturbing. 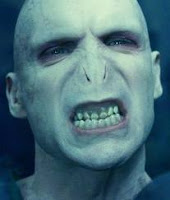 And many of these are from so-called communications professionals, copywriters, and marketing experts.

I'm not talking about the lewd, crude comments the general public posts to YouTube videos and other shared media. Those are for another conversation. I'm talking about the way professionals snipe at each other on LinkedIn or bash each other on Facebook fan pages. Perhaps because there is room for more characters on these networks, people feel the need to show the darker side of their own character.

In short, their shit comes out all over the place and it's really ugly.

Do they really want to be known or remembered in this way? Uh, I guess so, because they can't seem to stop. As someone who writes for a living, and helps businesses and entrepreneurs spit-shine their image and their marketing message to the best of my abilities, this trend horrifies me!

I have seen this ugly devolution several times on LinkedIn when someone has posted that he/she is looking for a copywriter or art director. People respond with their contact information because they're looking for work. OK. But God forbid the seeker of professionals does not post an update publicly right away, or respond to each and every respondent--people immediately go on the attack and start saying some very ugly things about other professionals they don't even know! Then they start feeding on each other's posts until the conversation gets downright wicked. And they wonder why they are still looking for work?

How about when someone posts a question or opinion to a group and members actually mock them "in public" through their responses? Really? Did you not get the memo that social networks are for sharing ideas, resources, and opinions that will make a positive difference for others? Can't you take your nasty, petty, childish screeds offline and spare the rest of us innocent bystanders who must now delete these so-called discussions?

What you write on social media is forever, you can't really take it away, and your online reputation is how many of your friends, fans, group members, and followers will remember you.

A Sad Example
Last spring a marketing manager posted a simple call for freelance copywriters in one of my LinkedIn groups. People responded. A lot. I chose to respond to her post privately as I often do. It's an easy option and keeps you out of the comments fray.

Some group members checked out this person's profile (which is not related directly to her current position). These group members made an assumption about her present job and her needs, and those whose work history aligned with that background gave some more targeted responses. OK, so far, so good and on point. Until they encountered the response vacuum and did not hear back from this person about their sterling credentials.

Other group members started to get antsy when a couple of weeks went by and there was no further communication from the marketing person who needed to hire a freelance copywriter. The mob started to gather its verbal pitchforks and rakes and really went to town, bashing this person publicly--on LinkedIn, among each other--for not responding to them in what they deemed to be a fair amount of time. Yes, these copywriters publicly demeaned her and anyone who would dare to post a possible job opening. Accusations of phishing abounded!

I sat on the sidelines in horror as I watched fellow group members devolve into a mob mentality of permanent, negative, self-defeating written communication. I also followed up privately and politely to the woman to  see if she'd made any decisions yet. I also gave her a heads up on the ugly slander-fest going on in the LinkedIn group at her expense.

She posted a polite update to everyone assuring them she received everyone's contact information and was holding on to it for any future needs.

Oh - and I got the assignment.

Posted by Unknown at 6:20 AM No comments: