The Age of Incivility: the Loss of Civil Communication on Social Media 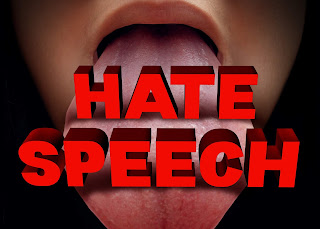 The hashtag #civility has been popping up on Facebook and I'm sure, on other social media platforms, and for good reason. The divisive political climate (and equally divisive rhetoric), coupled with the incessant social media chatter around us, has given rise to increasingly gross, distasteful, and hateful attacks across the digital space.

Why all the hate? Can't we all just agree to disagree?

Social media provides a veil behind which people can hide. It enables users to go after people they don't even know, whose views run counter to their own. But it's often not a matter of, "I respectfully disagree." It is very often vehemently hostile, crude language flung at complete strangers, often about topics that might not even direct affect the flinger's life. Even in matters that many of us care about deeply, and may or may not impact our daily lives, why is there no civility in the responses? Why all the knee-jerk ugly reactions that are cluttering up our feeds?

Humans are attached to the need to be right, often at great cost. As is often seen on social networks, that cost is one's personal dignity and social civility.

There is ample digital real estate for civil discourse, a sharing and an exchange of views in a respectful manner. There are people with whom I am connected, and some with whom I work, that do not share my politics, religion, ethnic or cultural background, or views on societal matters but we find the common ground upon which we can converse with civility. We respect each other as fellow citizens and colleagues. As a former boss used to tell me, "Be tough on the issues but easy on the people." Would that more of us would heed that advice.

We see the hostile comments everywhere. Twitter threads devolve into acidic stews of vitriol. Facebook comments turn ugly in a tap of a key. Internet trolls throw major shade, convolute stories, bully total strangers. I've even seen it occasionally on LinkedIn of all places (speaking of, please keep your posts related to business there). Sniping and cursing at people unknown to the user, a friend of a friend perhaps, is commonplace. It's also offensive and unnecessary. Remember what the teacher said: If you don't have anything nice to say, don't say anything. Or take it offline and keep it away from the rest of us who just want to enjoy each other's company.

The real news/fake news battle is not helping matters. Before you post that incendiary story or react to the WTF-worthy headline (and perpetuate the hate, intentionally or unintentionally), read the actual article. Find out the source; is it an actual news organization? Check snopes.com or truthorfiction.com if you must, if the story seems too crazy to believe. Likewise, don't believe every meme you see; remember that someone created it and the quote might not be true, the story not factual, the attribution incorrect or out of context. We can all help cut down on the vitriol if we take a few minutes to check something out before spreading rumors and ill will. (Image: Nick Youngson Photography)

By the way, one positive feature about scrolling through your feed to see what your connections are talking about is that you can keep on scrolling. Don't stop. Don't react. Just keep on going if you don't like the conversation. Or, take a deep breath and type a considered, considerate response. It's easy to do if you are not attached to proving a point but to sharing a viewpoint instead.

I encourage you to take many deep breaths as you scroll through your feeds, consider writing responses rather than reactions, respect each other's right to opinions and world views, pass over the posts you don't like, and help bring back #civility to the social media discourse. It was once there and this is entirely possible.